Taking the Qinghai Tibet train is probably a once-in-a-lifetime experience for westerners. Since its completion in early 2006, the railway has become an increasingly popular Tibet tour option that offers stunning views of the Qinghai-Tibet Plateau. Those looking for in depth cultural experiences will love taking the train; it provides opportunities to meet people from all over Tibet and China! Tibetan and Chinese are among the friendliest of people and they will be just as excited to meet travelers on the train as travelers will be to meet them.

The scenery along the Qinghai Tibet railway is breathtaking. Tourists will have opportunities to have spectacular views of snowcapped peaks, glaciers, and stunning lakes. Many endangered wildlife lives in the region, such as Tibetan antelopes, wild horses, eagles. You can also see scattered nomad families dwelling in black tents in remote villages. Below are few facts about Qinghai Tibet railway and travel tips. Find out more essential information on Qinghai Tibet train travel before you go.

Since the fast speading of Novel Coronavirus COVID19 mainly in China and accross the globe, crowded train journey is not a good way to travel in China right now. It would take around 1 year for the situation to get to normal, and hopefully travelers will choose train travel to Tibet, but for safety  wise, foreign travelers would rather wait till a safer time. Tibet local guide will be ready for any trips organization when it is the right time for you to come to Tibet. 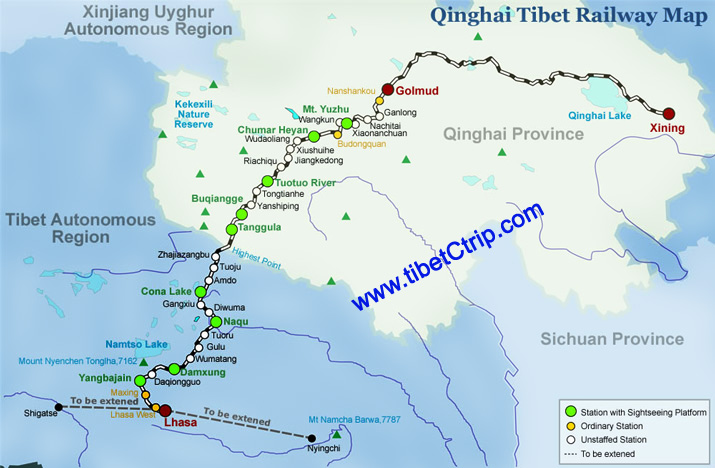 A train trip to or from Tibet is the crown jewel of any cultural tour of Tibet! Riding the train gives travelers opportunities to interact with local Tibetan and Chinese travelers that they may not otherwise have. This, coupled with the magnificent scenery and opportunities to learn about Tibetan culture, creates a rewarding travel experience that gives travelers insight into the diversity of people that live in Tibet and China. Travelers with questions about Tibet travel or questions about the Qinghai-Tibet Railway are welcome to contact us local Tibet travel agency now.

Based in Tibet, our travel agency focused on higher quality private Tibet tours with the most reasonable prices. No matter with which other travel agency you contact, we can certainly offer you better solutions and better prices. For the upcoming holiday in later 2020-2021, please feel free to contact with us.

Know Before you Go

How to book Tibet tour